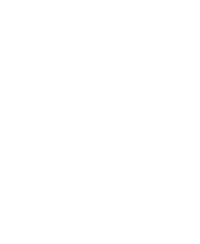 „King of the Alps“

King of the Alps is the European Championship in extreme kayaking and offers several activities in this sector. The event also includes a movie-night, kayak courses, rafting tours, big Party and much more.

For the 10th time in a row some of the world’s best kayakers will battle it out for the legendary title of the “King and Queen of the Alps”. The qualification will be a mass start, downriver race. You have to imagine about 120 kayakers waiting together behind the start line, and when the go is given, a spectacular head to head race starts. The athletes need to give 100% energy and strategy to make it into the first 20 which will qualified for the final.

After many years of hosting the Extreme Kayak European Championship, we though that it was time to add another challenge:
A hard-core team race the Extreme Kayak Team World Championship.
Indeed, we realised that a King is nothing without some trusted knights that protect him! Therefore, starting from this edition, we are proud to grant two knights brave enough to paddle the mighty final section (Intimidator rapid, WW V) with the addition of gates.
The teams allowed to compete in this challenge will be composed of two senior or master athletes (male, female or mixed) with the same nationality, who took part in the marathon race. Similar to other team events, the first athlete will start the time, and it will be stopped only when the second athlete passes through the finish line. Any team that does not complete the gates will automatically be disqualified.
At the coronation ceremony the fastest paddler of the day will be crowned, as usual, King and Queen of the Alps and receive their crowns, while for the fastest team an accolade will follow. These brave men or women will have the honour of receiving a sword to protect their king and queen!

The King of the Alps final run take place on the really impressive and especially intimidating rapids of the Passer River in the little village of Moos. Situated above the put in of the famous Passer-gorge, the race course is only a few 100 meters long but includes everything an extreme race needs. Waterfall, slides, big waves, and holes… For the athletes it’s difficult enough to find a line, and it’s even more difficult to make it the cleanest and fastest!

The Passer River flows along the Passeiertal valley and passes through the town of Merano. It’s located among the Alps and in the corner of Italy, which meets with the boarders of Austria and Switzerland.

Merano is small but famous town, in the era of the Kings it was very popular for its warm climate and unique vegetation encircled by mountain peaks. Today it is characterized by its many castles and a long history of tradition. The King of the Alps will awaken these times of glory and honor. The athletes will fight hard for the title but only one of them will win the crown at the end.

The Passeiertal valley offers a vast majority of recreational activities, with a huge scope to provide specifically to the outdoors. In every local valley you will find a torrent of water which can provide the perfect ambiance for those who are passionate about water sports. It is also an area which is already well known for hosting many events, with a wide spectrum of variety. The region offers an ample selection of excellent food and wine which reach from typical regional dishes to Italian specialties.

So don’t miss the opportunity and enjoy the weekend like royalty!

Juniors: Have to provide a medical certificate and parental consent form!

more than a „normal“ race

King Triathlon – 10 years special edition Instead of the skateyak and rolling competition.
Saturday

Friday night 18.00-21.00 free for all athletes. Think green – bring your own plates and cutlery!
Friday

As a sponsor of King of the Alps

We like to involve you from the beginning, not just during the race, but also in the run up to the event.

What we offer for you?
Just get in touch with us!